In the latest webmaster Q&A hangouts, John Mueller, Google’s Webmaster Trends Analyst has answered (or revealed the answer) to a lot of big questions on how the disavow works and how long it can take for heavily penalized sites. This post will go over some of the main points in the meeting.

How Long Does a Disavow Take?

It has already been clear that for minor penalties or unpenalized sites, disavowing links can bring positive effects in a matter of weeks or even sooner. However what was not clear is why some heavily penalized sites seem to take much longer to see any effect, even when we disavowed upwards of 80% of their links by domain. This is addressed around 12:00-13:00 minutes in the video:

1. Algorithm/link spam penalty issues can take half a year to a year (6 to 12 months) for algorithms to fully recrawl and reprocess everything.

2. Disavowing links takes them out of the algorithms completely (it does not just devalue them some, they are completely ignored).

He goes back to the first point (6-12 months) at least two more times in the video. The next suggestion is to look into social media or ad buying during this time to get traffic. An alternative would be paid traffic like Google, Bing, or Facebook ads.

Another good point comes around 17 minutes on Google Reconsideration Requests. This is nothing new but given some of the requests I’ve seen recently, it’s a good review for newbies. For reconsideration requests Google is looking for:

Again, nothing new but good info for anyone who has little experience with writing reconsideration requests.

Cloning a Site from Domain to Domain with No Redirect

This is an interesting point around 23 minutes in the video that concerns starting a site over on a new domain using no redirect. Here John Mueller states that if you don’t do a redirect and just copy a site over to a new domain, this is still seen as a “site move” by Google’s algorithm and it will attempt to “forward those signals” from the old domain to the new one. This is explained as being done for sites that can’t redirect from the old domain for example from free hosts or hosts with limited functionality or webmasters who are not aware of redirect. It is not a strong as using a redirect but cloning a site exactly and then shutting down the old site may pass some link value through. Potentially this could be passing some negative value as well for penalized sites though this was not confirmed.

Other questions that were not confirmed are whether or not this actually passes some of the penalty or negative value? And second, will Google still ‘remember’ the content if the old site is set to be completely deindexed in webmaster tools before putting up a new site? What is confirmed is that if the site, theme, or content is changed slightly (unspecified amount)  it will be considered as a completely different site by Google and nothing will be passed from the old site.

This is covered around 33 minutes in. Using the site removal request in Webmaster tools removes any number of pages from Google’s index in less than a day. While not using this tool could take over 6 months to deindex a 404 page in Google. Again nothing new here but good information regardless. Particularly when starting over on a new domain.

Honeymoon Period for New Sites is Not Going Away

This is relevant to blackhatters using churn and burn sites. Based on the response around 38:00, the implication is that the “honeymoon period” where new sites are given significant SERP boosts and immunity to penalties for some months is not going away any time soon. But that’s my take, don’t take my word for it; the direct question was more dodged than answered in the video.

Optimizing Website Load Time is Not Important for Algorithms

That’s pretty much all that I found interesting that was covered in the video. 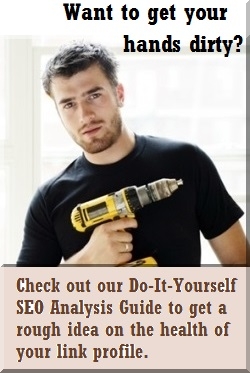 Efficient and helpful work. Many thanks!

[…]would definitely recommend. Seller was very helpful, great communication and delivered ahead of schedule A++++

all I can say is “WOW!” […] This guy is a true professional, and supplied a TON of work. easily well worth much more. I’m going to to give his info a shot and hope for the best! thanks for everything!!! B&B

Superb! […] I received a huge explanation of all the backlinks, got great advice, and I was even able to verify his advice on my own. I will be ordering this gig again.

Very pleased with what was delivered. Very professional throughout. Good communications. Has good understanding of field of work.

Just what I needed! He knows exactly what to do.

Excellent service with a ton of helpful information provided. Seller went above and beyond and really knows his stuff. Thanks again for all your hard work on my site.